They won't go to college in Pull-Ups: This, too, shall pass

Published by christie cuthbert on July 21, 2019

I remember when I was trying to potty train my oldest son. That child had the ability to turn our playroom into a poop crime scene of Law and Order: SVU levels.

I was pregnant with the triplets at the time, and at one point, I took footy pajamas, cut the feet off, and zipped him up backward in them, just so he couldn’t whip off his diaper and make a “poo-caso” on the walls or the stairwell. No amount of M&Ms or me doing a silly potty dance routine was going to get him to put his shadoobies in the toilet.

Frustrated and disgusted, I was talking to a friend I ran into at the grocery store. Her children were well into high school at the time, and she took pity on me as I told my stories of fecal terror. 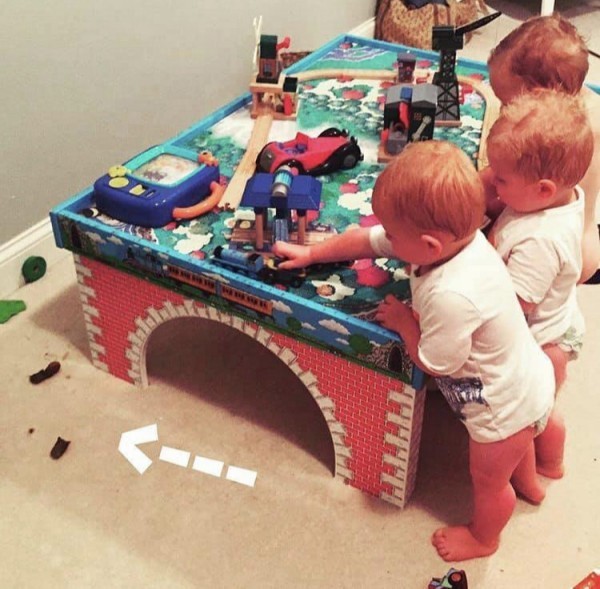 “My mom always used to remind me, ‘Tracy, have you ever seen a bride walk down the aisle in a diaper?’” she said. “These things feel like they’re never going to pass, but then one day they just magically do.”

After many treasure chest prizes, star charts, and periods of throwing my hands up and asking Jesus to take the wheel, my toddler eventually learned to put his turds in the potty and life moved on—that is, until three years later when I had to potty train three at once. One, in particular, enjoyed stripping naked in the yard and pooping in the bushes like a wild animal. As I sat there with a grocery bag, waving at my neighbors with embarrassment while clearing the human poo away from the hydrangeas, I remembered Tracy’s wisdom and took a deep breath. This, too, shall pass, and they will eventually not hand me Paw Patrol undies with special surprises in them.

Time moved on again, and now all four successfully get their 1’s and 2’s in the toilet bowl with 90 percent accuracy. But the funny part of mothering is, the wondering if they’ll ever exit a stage doesn’t end with potty training or sleeping through the night.

One of my kids was almost five years old when we finally had to say, “Enough is enough with the Gerber’s Lil’ Crunchies. Let’s try some grown-up food.” I had moments where I thought, “Yep, I’m going to be sending him to college with puree pouches and puffs in his luggage.”

Then time passed and yet again, we moved forward. Now we’re in the stage of nail biting, dressing ourselves, finding our shoes, and questioning why it’s in poor taste to give our brothers enemas with squirt guns in the yard. And in the blink of an eye, these frets will pass as well, and I’ll focus on driver’s ed, losing their cell phones, and a whole new slew of teenage problems. And I’ll look back on the potty-training debacles and yet again remind myself, this phase will pass as well.

So even now I still meditate on Tracy’s words, constantly reminding myself, “Relax! They won’t go to prom in pull-ups.”

It’s a constant reminder that all the challenges of raising kids ebb and flow, and that with everything in life, no stage or season is permanent, and this too shall pass.

The Road Trip From H-E-Double-Hockey Sticks
Potty Mouth
Potty Training: A How to Guide to Failure
advertisement

The Road Trip From H-E-Double-Hockey Sticks
Potty Mouth
Potty Training: A How to Guide to Failure