Sometimes… things happen…out of no where, that we have no control over…but for whatever reason your life is changed, altered forever. Maybe even lives of others close to you or sometimes lives of people you didn’t even know. Sometimes these events spiral into our world so fast, even a hour before we would never have imagined such a thing could ever happen. My name is Lyndsi, Lyndsi Iliff. I have two other children, born early but otherwise healthy. My son, who is 9, was born at 35 weeks & my daughter, 8, was born at 33 weeks. 5 & 4lb babies. A women, renound for eh-complicated pregnancies, I knew I was going to struggle a little with this pregnancy. I wasn’t 18 or 19 years old anymore. But honestly, the pregnancy, wasn’t too bad. I struggled with bronchitis, domestic violence (and other struggles), some kidney issues, and just being a teeny tiny lady. I am 4’11” and 80lbs at the time of getting pregnant. As I got bigger, I started having more trouble. My (ex) husband, and I were split and I didn’t live with him anymore, with help from some great friends, I ate well and took care of myself. Soon into the pregnancy I found out I was having what I thought was a girl. About half way thru my 29th week, I woke up in the middle of the night; I was soaked. Along with my entire bed. I had been residing with a close friend and her family, she heard me freaking out & came out to help me. We realized I was covered in amniotic fluid, I had slight cramping recently but blew it off as Braxton Hicks, but to be on the safe side I went to the Emergency Room (and they transferred me to labor & delivery. I was assured everything was fine, my water was not leaking and the baby, she was fine. I had ruptured a membrane and it healed up (was the dx). They discharged me & I went home.

Monday, November 13th, 2017 12:30am: Ripped out of my sleep by… what??? What is that??? Painful, crippling….a cramp? A cramp that never ends…. The dog, was howling… screaming from inside her crate. “CHYNA!! Be quiet I yell” to the 5 month brown and white pup of my friends’, Chyna was in her crate hollering. Not just crying but hollering. I crawl over, and grab her out and put her outside. “Do you have to go out? ?” I groan as the pain is so bad, I feel faint and run to the bathroom to vomit. The dog… she’s still crying crazily at the door. She never went to the bathroom. Somehow I stumble over and let her inside. She’s jumping up on me, crying…I try (but feel like I’m going to pass out) to put her in the crate, it’s too small, she needs the bigger one my brain says. Pain. Crippling. What is that pain??? Throwing the pup into the huge crate, blurred vision, I grab the camo backpack with my laptop. Somehow managing to throw 2 pairs of underwear into it. Then I run out the door to my truck. I. Have. To. Get. To. The. Hospital. My brain tells me. Go. Go. GOOOO!!!!

Monday, November 13th, 2017 1:15am: This night, was torrentially downpouring with the wind whipping around like crazy. I’m driving blindly, my little Ford Ranger, governs and cuts out I’m driving so fast trying to get to the hospital. Pulling over, numerous times to throw up from the pain. The hospital is almost an hour from me. I pull over at the 22 mile marker, I still can remember seeing the name of the road, above me. I jump out of my truck, screaming crazily “NO!!!!!!!! NO!!!!! This can’t happen to me. I remember the rain…. Myself running screaming in pain. I know… I finally know what is happening. I call 911… barely able to talk, I scream I’m… In Labor…and going to deliver this baby. I can’t stop it. Screaming. The pain. Was so bad. I have NEVER felt pain like that. I am trying to stop the baby from coming, but it’s impossible. I push my seat back, and move the steering wheel up…but there’s just not enough room for the baby. I can’t get it out all the way. The ambulance is supposed to be on the way. Where are they??? This baby, it’s not breathing… no it’s choking?? Coughing??? It’s NOT breathing…I feel it’s neck, and feel the umbilical cord. Tangled once… NO Twice around the babies neck. I pull it off, and start compressing the babies chest to try to get it to breath. Please hurry up! The baby is laying on the seat and I try to keep it as warm as I can. Finally, the ambulance is here. My memory is so blurry now, I can see the guy cutting the cord (which I didn’t do b/c I didn’t want to cut the babies blood supply off or either of us bleed to death) I see the paramedics and emts, getting me…the baby. Asking the sex. I’m passing out. I hear the EMS calling for the helicopter, I’m laying in the ambulance, watching them work on my baby. The mask over the babies face, chest compressions. The baby is SO BLUE. I hear Life Flight… Morgantown. They keep asking me how I am doing. I’m ok, I hear myself say… she’s really bleeding bad I hear them say. When I pass out. Arriving at the hospital, there is a HUGE crowd waiting. The baby is rushed one way, I’m rushed the other. Placenta… Blood…Life Flighting…Where is the doctor? All things I heard. Remember… I’m passing out. Over and over again. People are yelling, I hear things that don’t make sense. I learn soon, I had a baby boy, 3lbs 7 ounces. I delivered him all by myself alongside the freeway 40miles from the closest hospital. The baby, whom I thought was a girl, was life flighted to the NICU in Morgantown at J.W. Ruby Memorial Hospital. I, had exsanguated over 3/4ths of my blood and I was on deaths door knocking (I found out later). I had to have a blood transfusion, 3 bags it took to even get me up to 7. I was discharged my hemoglobin was only up to 9. 12 is acceptable where they normally discharge. It took me a week to feel ok. Malakyi Kymble Iliff, born at 30 weeks, 3lbs 7 ounces and flown to another hospital an hour away. They couldn’t fly me because I was unstable. Was he ok? Would he make it? I had no idea. My first call to the NICU was scary, honestly, I didn’t think the baby was going to make it. At the hospital, before he was flown to the NICU I was told he was having seizures. But now, I have learned there was no seizure activity and they assumed by his tremors. This baby, that I didn’t even have a name picked out for, has flourished in just the week he’s been in the NICU. Arriving there, he was unstable and had loss oxygen (or some) and blood flow to his brain during the less than satisfactory come into the world. But every day he has proved to be a very strong fighter. Eegs, tests, and finally an MRI showed any damage was minimal and he will hopefully recover completely from any effects of the delivery.

One week, 7 days, Malakyi has proved to be a strong baby. He wouldn’t have let himself die that night. In just a week, he went from being incubated to extubated, to just a cpap and today he was breathing fully on his own. He is eating almost an ounce every 3 hours thru the feeding tube, now weighs 3lbs 11 ounces, is pooping and peeing normally. The next test is learning to eat from a bottle. Today his peepers were opened when I arrived at the NICU…he looked wonderful. Seeing him… reminds me how close he & I both came to death that night. There’s some days, I still blame myself (for whatever reason I can think of) for his coming so early, the spontaneous labor that hit me like a tidal wave. The pain, was a never ending contraction – Like someone gave me Pitocin, but no one did of course. Sometimes I feel guilty, because I feel like he’s in that situation for something I did or caused. But I tell myself, NO HE’S ALIVE BECAUSE YOU DIDN’T LET HIM DIE. He’s still got a long way to go, until he can go home, but I bet it will be sooner than we think. They originally estimated 2+ months, now they are saying 4 weeks. :_) He is my little fighter, my miracle. He may not be the girl I wanted so bad, but that doesn’t matter at all. He’s a miracle to be alive & I love him.

I know at any point things can change. They can turn dark. He could get sick. Or stop breathing. But I also know, he's a fighter. We will keep on keeping on...many tears have been shed, along with the tears as I write this. <3 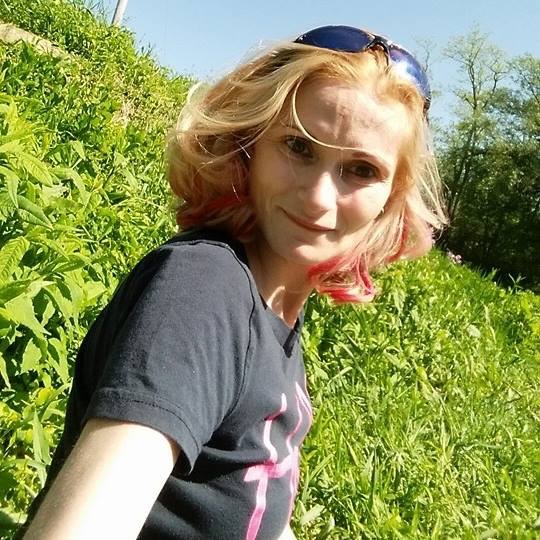 There is light at the end of the tunnel
Today Marks One Year
Grief, Gratitude and Gifts...Our Story
advertisement

There is light at the end of the tunnel
Today Marks One Year
Grief, Gratitude and Gifts...Our Story