‘Twas the night before Christmas...

Published by The Mommy Rundown on December 22, 2017

‘Twas the night before Christmas and all through the house not a creature was stirring, not even a Barbie in the dream house.

The stockings were hung by the fireplace with care, hoping to be filled with anything but silly underwear.

The children were nestled all snug in mommy and daddy’s bed (did you really think they were going to sleep in their own beds?), while visions of Baby Alives and Barbie campers danced in their heads.

And Mama with her wine, and Daddy snoring fast asleep were so glad to finally not hear one peep.

When out on the roof there arose such a clatter, I didn’t feel like pausing the DVR and getting off the couch to see what was the matter.

So I peaked through the window, not really getting up, but I did see enough that made me actually want to jump.

With a little old driver, so lively and quick, it couldn’t be Grandma, so it must be Saint Nick!

Santa is real! Does that mean the Elf on the Shelf is too? Let’s not get crazy, I’ll believe in one, not two.

Before I knew it, he was calling their names! This night was turning into anything but lame.

Then he said, I brought the Baby Alive so your daughter won’t bawl. She won’t visit it in Target and won’t bug you at all. You can thank me now because I saved you a trip to the mall.

I got that Barbie pop-up camper too. Hopefully your daughter will play with it for hours and not say boo. Yeah, yeah I know…you’re welcome for that one too.

I couldn’t bag up peace and quiet for you and the hubs. You can’t have everything. Maybe next year you’ll ask for some other grub. 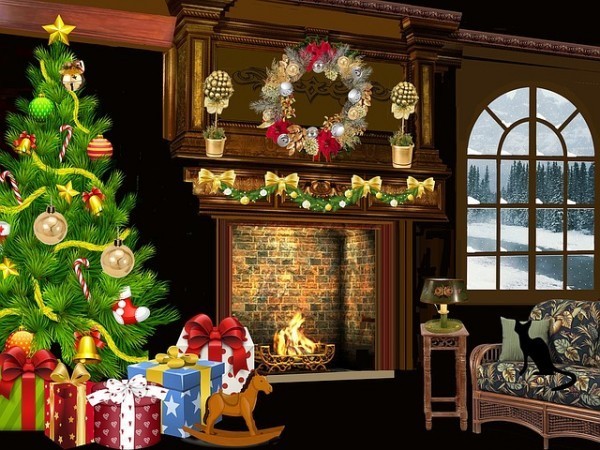 It’s been fun, but it’s time for me to go. I have plenty more stops and lots of toys for these reindeers to tow.

If you think that silly Elf on the Shelf comes to see me in the North Pole, then all that sleep deprivation has really taken its toll!

*This was originally published on The Mommy Rundown.com