What I Told My White Son About Police Brutality 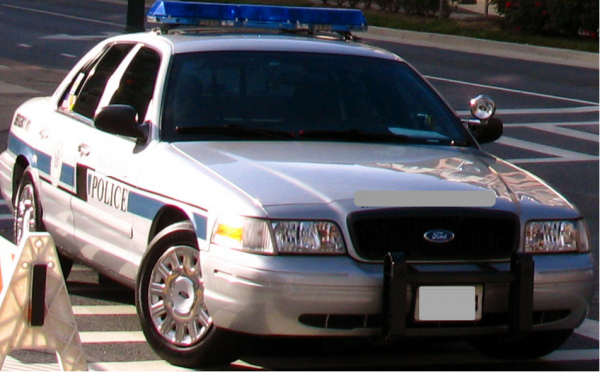 Two - no, three police cars - sat on the walkway to the playground. It looked like the officers were talking to someone in front of the car. I stopped on the road leading to the playground, my five year old son next to me.

“Something with the police is happening,” I said to him. “We should go to the other park.”

As we talked, the person they were speaking to got in the front seat of one of the three police cars. All three cars started driving away. As they passed us, I said, “I guess we can go,” and continued on down the path.

While I could have just ignored it, I knew this was an opportunity to be a valuable teaching moment. After all, I want my white son to know about the complexities and injustices of our police and justice system. I want him to know why police may treat his black friends differently from him and why that’s wrong. I don’t want him to see people arrested as always “bad guys” and the police as always “good guys.”

At the same time, I didn’t want to scare the crap out of him or tell those friends - who are kindergarters through second graders - things that their own parents may not have explained to them yet.

There was so much I had to say. Where to start?

After a few steps down the road, I spoke.

“Police carry guns and guns make me nervous. Guns can hurt and kill people. If someone is afraid, they may shoot someone that they shouldn’t,” I started. We walked a while, him quiet. I continued, “People are often afraid of people different from them, even if they don’t mean to be. We have to really work not to be afraid of people who are different from us.”

We walked a few more steps.

“Also, sometimes black people get arrested by the police for things that white people don’t, like just being in the park.”

“What did he get arrested for?” my son asked.

As we approached the park, we passed two men who seemed to have something to do with the scene we had watched play out. “Is everything okay?” I asked them, hoping that it looked better than it was.

“That’s my cousin. He was staying with us, but the police are bringing him back to South Carolina,” one of them said.

Now the questions from my son flowed out. I suspect that concrete bit of information was easier to grasp onto than my mumbling about social justice.

“Why did he have to go back to South Carolina?” he asked.

“Well, sometimes if the police think someone has committed a crime, they have to stay in that area so they can go to court.” He had a brief introduction to the idea of a court when I had jury duty earlier this year. “Or if they had been in jail and been released, they have to stay close by.” I don’t think that explanation stuck, because he asked different variations on that same question about four more times that afternoon. He also had several more questions about the logistics of the situation, none of which I could answer. I don’t blame him - it was a lot to take in.

Unconscious prejudice, police violence, racism - all tough subjects for an adult, much less a five-year-old. I know I stumbled through with far more ums and ahs and garbled phrases than I can recall.

But it was a start to an ongoing conversation. These topics aren’t tackled in afterschool specials, but in these talks over and over again. We just have to start them and be willing to keep having them.

For more on where social justice meets parenting, follow We'll Eat You Up, We Love You So by Shannon Brescher Shea.

Shannon Brescher Shea is a mom of two young boys who’s just trying to make a difference. Living in the suburbs of Washington D.C., she writes about her adventures learning to be kinder and more sustainable at We’ll Eat You Up, We Love You So.