When My Son’s Anesthesiologist Used the R-Word

Published by Tales of an Educated Debutante on March 2, 2018 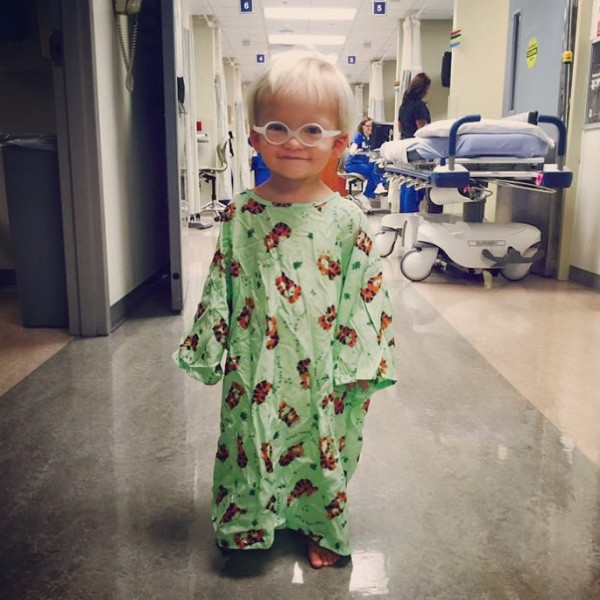 I was caught off guard. He came by our curtained room prior to surgery, to go over the details of his role in prepping my then two year old son for ear tubes. Easy enough and Amos, in his ankle length hospital gown, had captured the hearts of most every person he encountered on that too early morning.

We traversed the halls of the Duke Raleigh Hospital as I had decided that the effort involved to strong arm him, as well as the subsequent wailing certain to follow, seemed adequate reasons to let him roam. He padded the halls in his bare feet and I followed, close behind. A mother and son smiling before dawn though nary a bite to eat or sip to drink for either of them, no coffee for mama in the name of solidarity.

I couldn’t have heard him right. It was so casual, part observation/ part question, that I was sure I had imagined it- until his next statement. "I have a Down's kid,” he added, in response to my loud silence. Not only was he a physician, but a fellow parent of a special needs child. A son, like mine, not the chromosomal link, but a child who had certainly followed the slow curve of development.

As someone who is quick to fight back, argue, stand firm in her beliefs, I did nothing. Haggling with insurance companies, persuading physicians for referrals, begging therapists for evaluations and insisting on diagnostic tests had not prepared for a doctor’s question.

It was as close as I have ever been to being a victim, powerless and helpless to guard myself or my precious son. I wish I had screamed bloody murder, tattled to a supervisor or maybe taken the blasphemer himself aside for a scalding lecture on the scalding harm of words. Months later, after I healed, I did meet with the doctor and I wish I could tell you that he was remorseful, a physician and father of a special needs child who realized the depth of hurt from tossing out such a question. I like to think that the slight has been tattooed on my heart, a battle scar, meant to shed light on the darkness of hurtful words.

When My Son's Anesthesiologist Used the R Word
The Day I Finally Felt Like My Baby's Mother
The Night My Husband Became A Father (To A Preemie!)
advertisement

When My Son's Anesthesiologist Used the R Word
The Day I Finally Felt Like My Baby's Mother
The Night My Husband Became A Father (To A Preemie!)