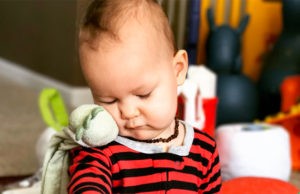 A bright green dinosaur with a friendly face, small enough to fit in the palm of Sam's hand, he is the infamous Doodoo, Sam's lovie.

Doodoo's name originates from the word dodo which means sleep in French. One of my godchildren used to name her lovie Doodoo, It was her way of pronouncing dodo. I thought it would also be the perfect name for Sam's lovie.

From about 6 months old on, Sam grew attached to his Doodoo. We would lay the tiny green dinosaur in his crib and Sam would bunch him up, sniff him, bite him and fall asleep clutching on to him. I confess I love to sniff Doodoo just as much, his scent smells just like Sam.

Ian on the other hand wanted nothing to do with any kind of Doodoo. We would lay one in his crib, and he would toss it out every single time. His grandma once said he's an old soul. I think so too, and I'm willing to bet he felt insulted we would even attempt to lay a lovie in his crib. It was beneath him, he has his thumb after all.

Doodoo has been a lifesaver, but at times he's been a royal pain in the ass. You see Sam won't sleep without him. On the one hand that's good because he falls right asleep as long as he has Doodoo. On the other hand, he goes into freakout mode if he happens to wake up in the middle of the night and he can’t find Doodoo.

On those nights when Sam wakes up crying, Doodoo is usually the number one culprit responsible for Sam’s cries because he's gone missing, lost somewhere along Sam’s nighttime shuffle across the bed. Frantically I search in the dark, feeling around Sam's mattress, the corners, the sides, around and beneath Sam's body, a blind woman looking for an AWOL Doodoo, and all the while Sam is screaming his head off. Good times! Thankfully Ian sleeps through all of this in the crib opposite the wall to Sam's, blissfully unaware. 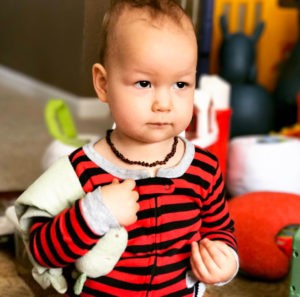 These days, Sam insists on taking Doodoo everywhere with him during the day. Sometimes he will cry during lunch time because he wants to hold Doodoo while eating. "I'm sorry son but this mamma is not about to let you bathe and lather Doodoo in pasta sauce. I got enough laundry as it is!" Come naptime or bedtime, more often than not, we have to send out a search party for Doodoo because Sam inadvertently left him somewhere during his car ride from the living room to the kitchen.

Perplexed, he looks around the living room, looks at me, walks back and forth across the living room all the while chanting "Doodoo? Doodoo? DOODOO!" It's not always easy to find him, our living room is practically a Toys R’ US superstore, it's so littered with toys.

Doodoo, teething and sickness aside, our Twinkies have been great sleepers since they were 4 months old.

I would like to share with you our secrets, except some aren't secrets, not really. We followed suggestions on a blog site that had great sleeping tips for twins. We didn’t follow everything to the letter, we just did what worked for us, and added some of our own tips:

I think the biggest success factor in getting our Twinkies to sleep was setting a bedtime routine very early on, as early as 3 weeks old, when we could start giving them a sponge bath. Every night, we would put them down to sleep at pretty much the same time, usually around 7pm. The routine back then was sponge bath, reading, breastfeeding and rocking. Today, it’s similar except bath time is every other night. 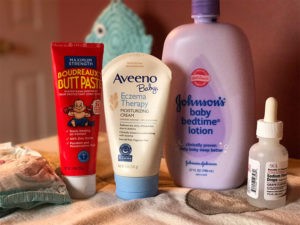 THE MIGHTY BOOB (OR BOTTLE)

Experts suggest not letting a baby fall sleep during breastfeeding. At first, I would do this and get them to sleep the hard way; rocking them back and forth for up to an hour at times. Eventually I said to hell with this and I let them fall asleep at the breast. That's when they would fall sleep peacefully, and to our relief, easily. This also meant I could get more snooze time while they slept.

The other big secret besides a consistent routine and breast milk (or formula, essentially you want them nice and full) is swaddling. Today we use wraps, the kind with arm openings. Back then, we used the type of swaddles that had flaps which wrapped around the babies' body covering their arms completely. 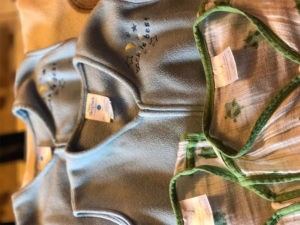 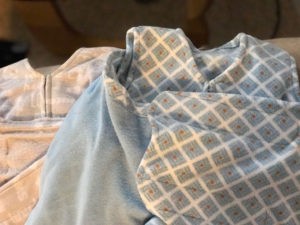 Now this wasn't without its challenges. We couldn't exactly swaddle them fully before breastfeeding, not exactly a comfortable way for them to nurse. Instead we would dress them in the swaddle leaving the flaps open. Once they fell asleep after nursing, this is when it would get tricky. In the quiet of the night with two babies sleeping peacefully on my breast friend pillow, we would have to lift each one of them out of their position and with a sick loud deafening “sssssscreeeeeech, sssccreeeeech” we would have to fasten the velcro section of the flap to the wrap. If you've had one of these swaddles, you know exactly what I'm talking about.

5 times out of 10, the screeching sound would wake one of them at least, and one very pissed off wailing twin would set off a chain reaction. With defeat we would set out to rock them back to sleep. But once they were asleep, they stayed asleep, I attribute that to their wraps. Before we started using these swaddles, my twins would wake up multiple times as their blanket swaddle came undone during the night, causing their arms to flail around and eventually waking them up.

Another factor we attribute to their good sleeping is having them sleep in a dark room. We got darkening blinds and made their nursery pitch black. No night light of any kind, and no annoying sunlight to wake them during nap time.

While this works for us, it was a a bit chaotic at first during ‘rock baby back to sleep nighttime operations.’ One hellish night during full on teething season, the twins woke up and were busy hollering, showing us their lung capacity. As I was nursing one back to sleep in the room, my husband paced back and forth, rocking the other twin in the hallway. As I was putting my twin back to bed, I nearly had a heart attack and almost screamed my head off as I bumped into my husband who had apparently walked back into the room and I didn’t know it, because I couldn't see him. Yes, the room really is pitch black. I think we’ve scared each other a few times.

A couple of the items we got on our baby registry were those nighttime sound machines that pose as cute little stuffed animals. You know the kind that play music for a set time. I wouldn’t bother with those. While these lulled our babies to sleep, we found after a while it would wake them up once the music stopped. Save yourself money, instead get yourself a sound app and play it on an old phone or iPad. We leave ours on all the time, and we’ve taken it with us during vacation as well. 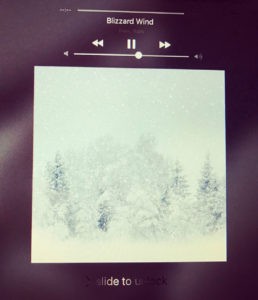 Making sure our twins were sleeping the right number of naps appropriate for their age made all the difference in the world. The first year, we had them on 3 naps. From 12 months to 18 months, they were on a 2 nap schedule. Now, they are down to 1 nap that usually lasts between 2.5 to 3 hours in the middle of the day. Remember, sleep begets sleep.

Eventually, I weaned my Twinkies off breastfeeding during the day, so nap time routine now involves them drinking a cup of warm milk while mamma sings and puts on a wrap (to this day, they sleep better with those on). They drink their milk as I carry them up the stairs, and finish it in bed. They are usually asleep within 10 minutes. 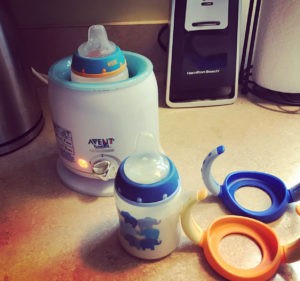 I used to worry I would never be able to get them to fall asleep on their own without the boob, but this is proof that some bad habits can be broken. Maybe the cup of milk is also a bad habit, but I’m not about to break that one, they are pretty awesome nappers too, and I think the milk has a lot to do with it.

When all else fails, and you’re at the end of your rope, and you know they are healthy and they are not wanting to fall asleep for no other reason than they are mad (for example during nighttime breastfeeding weaning), and they are old enough to deal with it, the cry it out method works. Our twins didn’t protest too much. I think the longest one cried was 15 minutes, and it was only for a couple of nights.

But don’t take it just from me, take a look at the blog site we used for great sleeping tips. Hopefully some of these will help you.

For those of you still in the trenches of sleepless nights, take heart it gets better, and yes, babies and toddlers can sleep, unless of course they wake up searching for their Doodoo.

A web developer in my past life, now I’m a badass twinsmom blogging about my journey into first time motherhood at 43, twin parenting, breastfeeding and other womanly things. The good, the bad, the funny and the ugly.

8 tips to conquer the 4-month sleep regression
7 Tips to Get Your Child Sleeping Through the Night Sooner
How I Got My Twins to Sleep Through The Night by 11 Weeks!
advertisement

8 tips to conquer the 4-month sleep regression
7 Tips to Get Your Child Sleeping Through the Night Sooner
How I Got My Twins to Sleep Through The Night by 11 Weeks!