Why do we still ask this questions? 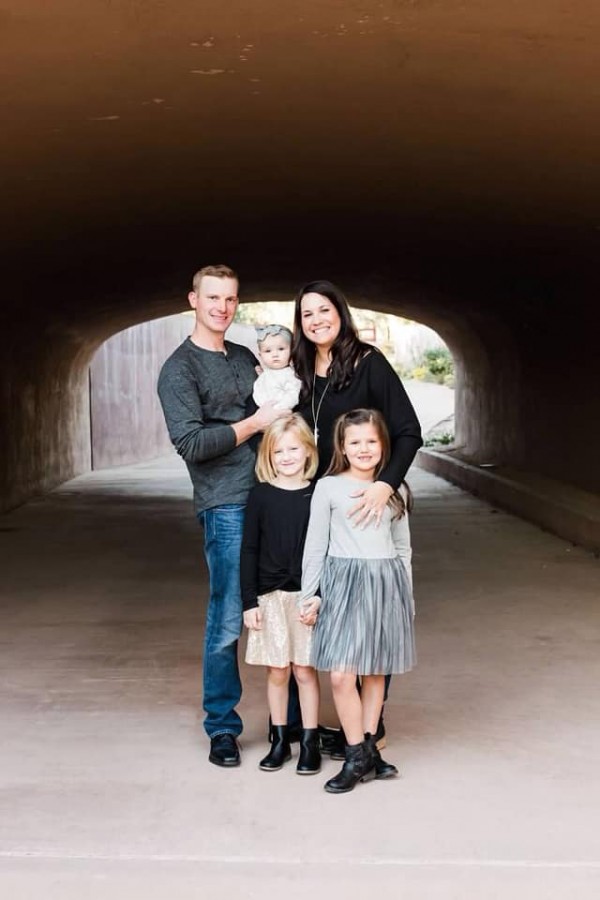 Almost 9 years ago I found out that I was expecting my first child. Now this came as quite a surprise since we had gotten married the month before but we were so excited! What would this amazing child bring to our life? How would it change us as a couple? What are we supposed to do with this baby? Will this baby be healthy? And of course, what will this baby be, boy or girl? Since, I was the ripe old age of 25 I was very naive to what was to come in terms of pregnancy and motherhood and although my pregnancy was perfectly fine I had this ‘feeling’ that this baby was most certainly a girl.

My husband, a fireman, was, is and has always been supportive of whatever gender we had and just prayed for a healthy baby but I imagine he was hoping for the penis when we went in for our 20 week anatomy ultrasound. Turns out, not this time, it was in fact a girl as I had suspected and we were thrilled. We prepared buying gender neutral items just in case our next one was a boy. Lyla Lynn was born on september 4, 2010 and she was perfect. My husband was so very in love and her and her lack of penis in no way made him love her any less.

Of course we would get those comments, “maybe the next one will be a boy” “good luck in those teenage years with a girl” and of course “there’s always next time.” As if having a daughter had somehow made us losers in the great game of child bearing. But for the most part the questions and comments were tame because surely we will get our prodigal son next.

Fast forward two years later, I was once again expecting but not as certain what the ‘gender’ was with this one since I did not have the same ‘feeling’ as I did with my first. I was a little hesitant of the idea of having a boy because I have nephews and well they are rough but you know it's what I was suppose to want right? I needed a boy to carry on the legacy of man… or so I was told. The 18 week ultrasound came and again I wanted a healthy baby and so did my husband and when we found out it was a yet another girl we were absolutely thrilled. Sure maybe there was a slight sense of bummerness that my husband felt but he got over it and we were thrilled to welcome our Vivian on February 8th, 2013.

And now the dreaded questions that I speak of…”are you going to try for a boy?”

Finally, he obliged. I am sure that part of him secretly hoped for a boy. But he knew that there was a good chance that once again the ultrasound would indicate girl. At our 13 week ultrasound we were able to find out. It was put into an envelope (gender reveals were not a thing with the other two but it seemed like what everyone else was doing) and I gave the envelope to my friend. Would we break with tradition? Would we get the boy that society has deemed so important? And as you can probably guess by now we were shocked and awed to see pink once again! Yes, that right three girls! Well this pretty much makes heads explode when I tell people.

My entire pregnancy people would ask the gender and I was say, “my third girl” and it was like I had told them that I had an incurable disease. “Oh your poor husband” they would say. Or better yet, from his buddies “you must not know how to do it right”. I felt like people were so very concerned that we were going to have three girls!! And honestly I was so excited for my girls to have sisters that I didn't even care if I were to have a son but all the sudden the backlash was making me rethink things. Should I want a son? Shouldn't I be able to provide that for my husband? Had I failed somehow? These nonsensical questions had no place for a pregnant lady! And the answer to all of them is a resounding NO!

Sure, everyone might want a specific gender of child or have a picture in their mind of what their life/ family would look like but every parent knows that that's ridiculous. Finding out if a child has a penis or vagina is literally the tip of iceberg, so to say, in parenting. Every child comes with a unique set of gifts and difficulties. We should really be celebrating those.

In the era of female empowerment, I am actually shocked at how antiquated people can be about having a boy. Like, if you don't have one your family or husband is somehow less than. Girls are strong, powerful and capable. They need not to apologize for their gender or feel as though they should have been a boy. I am sure that moms of sons feel the same. They certainly don’t need a daughter to complete their families. Last time I checked, God is pretty good and giving you exactly what you can handle, so I know that I can handle having all these girls and so can my husband.

I beg you that the next time you ask that dreaded question that everyone who has the same gender of children gets asked “are you gonna try for the boy (or girl)”? Stop yourself. It's a dumb question. Instead maybe compliment how nice it is to have a healthy family, or what a special way to grow up with all the same gender of children. Stop making people feel bad for the beautiful blessings they have.

I am a wife, mother of 3 daughters one of which is a Type 1 Diabetes warrior. I write a blog about the ups and downs of parenting type 1 diabetes at parentingtype1.org and post stories about our life with Type 1 on Instagram @parentingtype1.

I am a mom of three daughters one of which is a Type 1 Diabetic warrior. I currently stay at home with my three girls and write a blog and post to Instagram about the ups and downs of parenting a child with Type 1 Diabetes. Follow me @parentingtype1 or parentingtype1.org

"It's a boy?!" and Why I Didn't Find Out My Child's Gender Ahead of Time
"Are You Hoping For A Boy?"
Yes, all of my kids are the same gender — and here's what I wish you knew
advertisement

"It's a boy?!" and Why I Didn't Find Out My Child's Gender Ahead of Time
"Are You Hoping For A Boy?"
Yes, all of my kids are the same gender — and here's what I wish you knew