Published by Aliette Silva on February 14, 2020 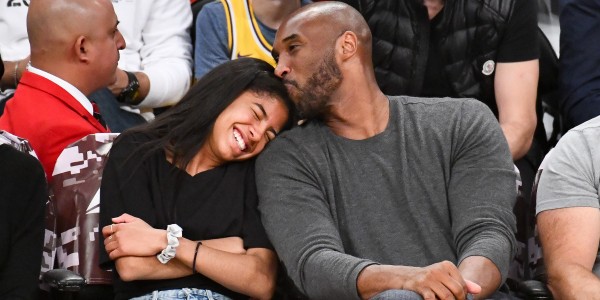 In the wake of the horrific crash that took the lives of Kobe Bryant, his daughter Gianna and seven others, the hashtag #girldad emerged. This hashtag is essential because, in 2020, we still live in a world where boys are valued over girls.

Kobe Bryant adored his girls. He took every moment he could to talk about his four daughters. Frustratingly, Kobe was frequently asked if he wanted a boy.

In a world that still values boys over girls, Kobe's dedication to his girls was refreshing. Bryant was quoted as saying that his most significant accomplishments were tied to his daughters, not his numerous NBA titles.

When our second daughter was born, a family member said to my husband, "That is like fouling out twice." This incident did not happen fifty years ago, it occurred in 2016.

I read that when someone asked Bryant, "Do you wish you had a boy to carry on your basketball legacy?" Gianna, who was with him when the question was asked, responded with, "I got this," and he could not have been prouder.

Recently, I came across a post that stated the #girldad viral trend that has emerged since Kobe's untimely passing was not necessary. The post strongly believed that girls were as equally valued as boys.

I wish that were true, but it is not.

We live in a world where female infanticide is still a problem. In many areas of the world, especially in certain parts of China, India, and Pakistan, the need to have a boy over a girl still reigns supreme.

According to a 2011 Gallup poll, if they were only allowed to have one child, 40% of respondents in the United States responded they would prefer a boy, while only 28% preferred a girl.

We can turn our eyes away from it, but it is still happening.

Many believe, 'Well, where I live, girls are just as valuable as boys!" It is imperative to move girls forward continually in all parts of the world.

It is a legacy that Kobe Bryant was building through his own children.

It saddens me that we will never get to see Gianna rock the WNBA.

It saddens me that the WNBA and women's sports, in general, lost a great ally in Kobe Bryant.

My hope is that the mission started by Kobe and Gianna Bryant will live on beyond the hashtag. I look forward to a time when the world stops asking girl dads, "Hey, don't you want a boy?"

Aliette Silva is a mom and a writer that lives for a good Cuban sandwich. Her work has been featured in Today Parents, Her View from Home, Filter Free Parents, Buzfeed, and Scary Mommy. She writes posts, shares stories, and snaps pictures of the daily mama grind. When she is not writing, you can find her chasing sleep or her two girls all over Disney World. You can connect with her at: Instagram: @shepensblog Facebook: facebook.com/shepensblog/

Kobe Bryant, Father
How I raise my kids to be themselves
We aren't "trying" for a boy.
advertisement

Kobe Bryant, Father
How I raise my kids to be themselves
We aren't "trying" for a boy.

Why John Stamos is glad he's an older dad