Why we shouldn't be commenting on a pregnant woman's body

Published by Danielle Sherman-Lazar on January 23, 2020 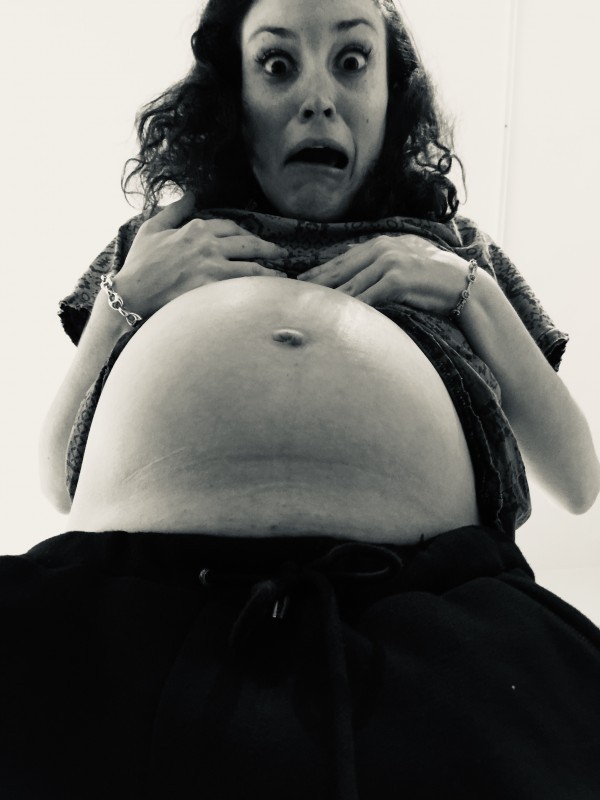 Today at a play space with my daughters, I ran into a mom friend who I hadn’t seen in about a year. She was obviously pregnant. I’m a little awkward about mentioning the whole bump thing because HEAVEN FORBID SHE ISN’T PREGNANT. I would have to off myself from shame BECAUSE I'D FEEL THAT BAD.

I decided my kids needed me still, so our first five-minutes of catch up I didn't say anything. But then it felt weird to ignore it too, especially when it was staring at me right in the face like “hi I’m a baby bump, what’s up?”:

Me: “So I don’t usually say anything until something is mentioned to me, but you’re so obviously pregnant, and I didn’t want to not say anything too—so congratulations! How are you feeling?”

Pregnant friend: “Just big.” She looked down at her belly. “I’m the same weight as I was when my first child was born, except I have eight weeks left.”

Me: “Every pregnancy is different, and maybe the baby is just bigger. As long as he's healthy, that's all that matters. Plus, you look amazing.”

Pregnant friend: “My doctor told me I need to work out more. I told him I chase after three kids all day long, and he said that wasn’t enough.”

Me (enraged): “Omg, tell him to chase after three kids without being pregnant and let him see how much energy he has to exercise at the end of the day. Oh, or the time—plus YOU ARE PREGNANT.”

Guys, this got me heated, like breathing fire out of my nose and mouth.

I wanted to write a letter to every OB/GYN office in the world telling them what to say or not to say to pregnant, hormonal women. Expectant moms have enough on their plates; we don’t need them to feel insecure about their baby bumps.

Because when we congratulate a woman on her pregnancy, she shouldn't feel the need to mention her size.

But most pregnant women do. I know I was guilty of just that. It’s almost as if we’re apologizing for how big we’ve become even though we’re supposed to!

And anyone making insensitive comments like this doesn’t help.

Pregnancy is hard. Being a mother is hard. Pregnancy, while you’re a mother, is SO HARD.

7 things I miss about being pregnant
Five Myths About Pregnancy With Kids Already In The Picture From A Seasoned Pregnant Mom
Miscarriage: The Death No One Talks About
advertisement

7 things I miss about being pregnant
Five Myths About Pregnancy With Kids Already In The Picture From A Seasoned Pregnant Mom
Miscarriage: The Death No One Talks About