Will Sprinting Help with Sleep? 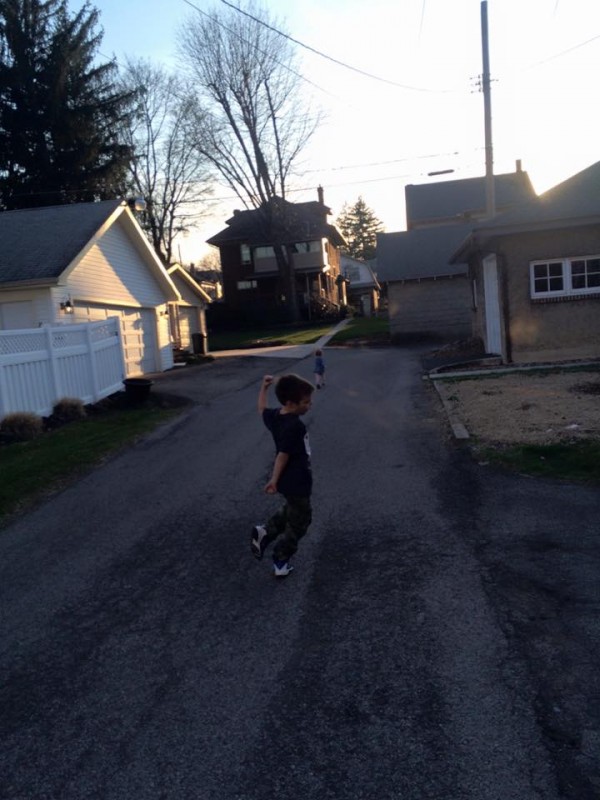 I can’t believe it, but yes, I have taken to having my children sprint in the alley behind our house in order to try to get some sleep.

I never quite understood the parents who complained about their children not sleeping. I even went so far as to recommend sleep training books to the weary folk, complete with my tabbed sections and information for the best swaddles. I made the mistake of thinking that I had it all figured out and took pride in the fact that my son slept through the night at eight weeks. I would loudly proclaim that fact, assuming it was because of my due diligence and perseverance. And, I have no idea how any parent listened to me.While I stopped talking much about his sleep after the first year or so, his excellent sleep habits continued for five years until my second child was born. Until her birth, I was in complete and blissful ignorance with full nights of sleep.

From the very beginning, my daughter didn’t sleep without being held.I tried all the old tricks to get her to sleep.I swaddled; I used a sound machine; I had room darkening shades. Nothing worked. And well-meaning people gave me a lot of advice, but in the end, none of it worked either. So, I just held her. As time continued and I became truly sleep deprived, I tried every method I could and none worked. And so, I held her or slept with her.I pulled out all the stops in order for us both to sleep, but she still woke up multiple times per night.As soon I would lay her down in her crib, her eyes would open and she would begin to cry. Finally, we decided to try a mattress on the floor, and by some stroke of luck, for the past month, she’s been sleeping really well after she actually goes to sleep. Until then, it’s fun for the kids to jump on it, if nothing else.

But, remember that boy who always slept through the night? Well, he’s now six and has swapped places with his little sister. He won’t go to bed easily and begs for another cup of water, another snack, another book. He gets in and out of bed multiple times a night and despite what we’ve tried, it has only gotten moderately better.

I’m convinced this is Karma for all the times I was smug about his sleep, and I have to say:I deserve it.

We’ve tried hot tea, warm milk, lavender, essential oils, negotiations, rewards, punishments, promises, threats…We’ve tried it all. So now, I have no better recourse than to have my children sprint in the alley behind our house each evening after dinner. They run off the energy they have bottled up and while I haven’t noticed a complete turnaround with how long it takes to get the kids to bed, at least we get a good laugh at watching them. And they laugh, too. And while I really try not to give sleep advice anymore, I have to say that sometimes, a sense of humor is really all that helps when everyone is exhausted.

Kara knows that mothering is a way to find identity and she writes on her own blog, Mothering the Divide about the divide that is mothering children, spirit, and the sacred. Follow her on Facebook.

Kara Lawler is the author of EVERYWHERE HOLY: Seeing Beauty, Remembering Your Identity, and Finding God Right Where You Are. More info on www.everywhereholy.com Join Kara on www.karalawler.com or on Facebook!

Yes I Co Sleep With My Kids
A Parent's Guide to Baby Sleep. Chapter 1 - There is no guide.
The Greatest Lesson of Sleepless Nights
advertisement

Yes I Co Sleep With My Kids
A Parent's Guide to Baby Sleep. Chapter 1 - There is no guide.
The Greatest Lesson of Sleepless Nights