I know this boy named Amos.
Have you heard of him?
He's quite impossibly perfect, if there is such a thing.
He's nearing three and a half years old these days.
His eyes are of the clearest blue of the farthest sea.
His mouth, like Santa's, is as red as a cherry.
His hair is nearly white, with just a hint of gold, and spun silk, so fine that the back is a cozy nest no matter the brushing.
His hands are soft and dimpled still, like that of a toddler.
In the morning, when he wakes, he climbs into our bed and snuggles next to me and whispers, "night night."
In the evening, he lies beside me and brings my nose to his face and kisses it at least once, before taking my hand and reminding it to rub his back.
In the day, he goes to school where he plays and learns and listens and sings and cuddles with a teacher that first taught him about back rubbing at rest time.
He sucks his tongue and rubs his blankie on his nose when he's sleepy.
He detests his glasses, but his mother recently put her foot down when his eleven year old brother expressed his concern.
He plays chase with his daddy and brothers and sister and giggles and chortles until he falls down.
He runs into the edge of things and bumps his head more often than is acceptable.
He loves to ride on his mother's shoulders, high atop the world.
He knows his letters and numbers too, quite a few of them his family has discovered and that mystery both perplexes and delights them.
He can say HI, but doesn't do it on command.
He can say BYE and does so especially quickly when he is ready to exit.
He is famous in his small Eastern NC town and yet, he has no idea.
He is as true a soul you'll ever meet, his emotions ride his shoulders, his joy overtakes his small frame, his sadness dims the sunlight, and his joy touches my heart center.
He has autism.
I am his mother.
Do you know how proud I am to write those words?
It is he that's beckoned me to follow the third path that diverged in the woods, the one I never knew existed.
Oh, Amos.
Thank you, my son. 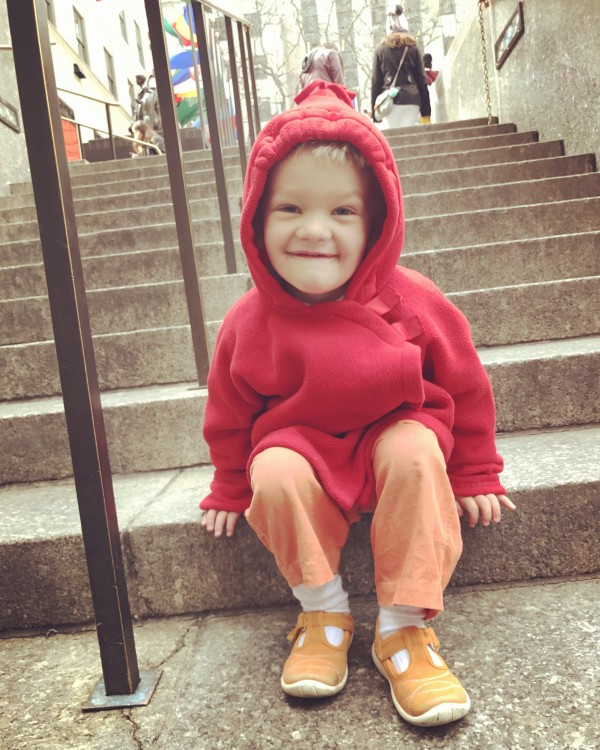 What Happened?
Taking Care of Amos
Being a Mother
advertisement

What Happened?
Taking Care of Amos
Being a Mother