One night when my daughter, Caroline, was about nine years old, my husband, Perry, was in the backyard grilling steaks and we were just about to sit down to eat together. I pulled out the placemats and began to set the table. I put forks and sharp steak knives at the places where Perry and I always sit, but only a fork at Caroline's place. As we began to eat, Caroline asked, "Hey, where's my knife?" and I offered to cut her steak for her as Perry looked at me and said, "You realize I let her skin and butcher the deer she shot at the ranch last weekend, right?" Um, no, I did not realize that because that is terrifying.

But in that moment, I realized the fundamental difference between what moms do and what dads do. I'm essentially trying to protect her from anything that could possibly cause her harm while Perry is turning her into our very own Bear Grylls. In the economy of parenting, dads tend to be the ones who encourage kids to take risks, accept challenges, and assert their independence. There's a quote by Erin Hanson that says, "There is freedom waiting for you on the breezes of the sky, and you ask 'What if I fall?' Oh but my darling, what if you fly?" Moms worry about the falling and dads are the flight school instructors.

When I look at my own husband, I adore him for the way he loves our girl. We found out we were having a daughter when I was about twenty weeks pregnant and from that moment on there were always those people who asked if he'd hoped for a boy. Seriously? It's the 2000s. Are we still doing that? 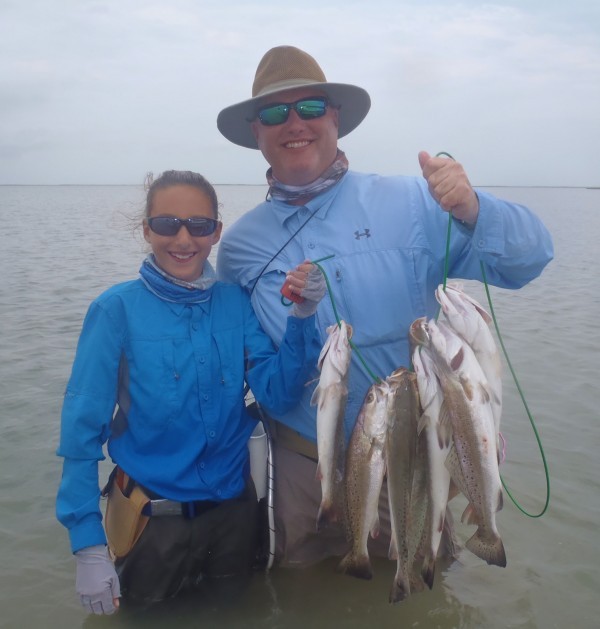 Perry's answer was always the same, "I can do anything with a daughter that I could do with a son." And that's what he's done. I call them Big and Little Enos (I am never afraid of a Smokey and The Bandit reference) because she is his mini-me. He's taught her how to hunt, how to fish, how to throw a baseball and a punch. He's pushed her to take risks, try new things and never accept that she can't do anything she sets her mind to do. They laugh at the same things, have the same smile and a shared personality trait that makes them confident that if someone doesn't like them then it's clearly because something is wrong with that person. In a world where dads can sometimes seem expendable, he has been a constant champion for Caroline and there hasn't been a moment of her life where she's had to wonder if she is loved and adored. He is the very definition of steadfast and loyal and I'll take that over being able to leap a tall building in a single bound any day of the week.

Here's the thing. Perry was nine years old when he lost his own dad in a plane crash. That's a young, tender age to lose one of the most important people in your life and, by all accounts, his dad was a great one, full of life and love with a huge thirst for adventure and fun. And so Perry was left with a void where there once was a dad. I mean, sure, he had the lessons and love that his father had instilled in his first nine years but what happens now? 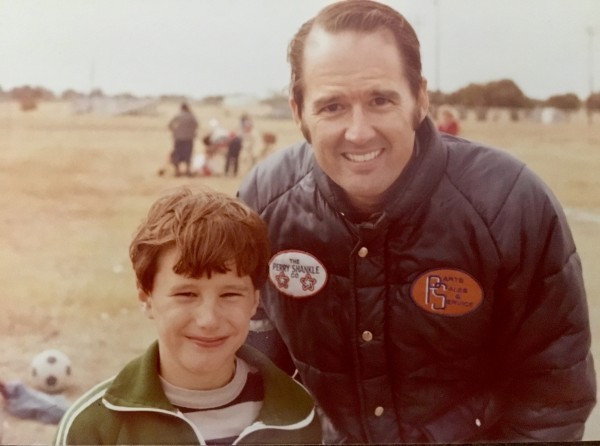 I'll tell you what happened. Men in the community stepped up to fill in the gap and made sure my husband continued to learn everything it means to be a man. They took him hunting and fishing, they taught him to look someone in the eye and give a firm handshake, they imparted the value of what it means to give your word and mean it, and the importance of standing for what you believe in. They modeled love and loyalty to their families and included my husband in trips and activities where he could find adventure and face challenges. And even all these years later, he'll tell a story at dinnertime - as we all sit around with our steak knives - about something Jim Martin said or the time Mr. Holzhausen did that or how Mr. Swank taught him to do this.

Two weeks after Perry lost his dad, his mom sent him off to summer camp as planned in an attempt to keep life as normal as possible. While he was at camp, he got hurt and ended up in the camp infirmary. As the young camp nurse bandaged him up, she tried to distract him by making conversation and asked, "So what does your dad do?" and Perry answered matter-of-factly, "My dad died two weeks ago." I think we can all safely assume that poor camp nurse is still in therapy over that exchange. But it was an early indicator of how Perry took one of the worst possible things that could happen and never chose to feel sorry for himself. He will say to this day that he never felt cheated because he lost his dad at an early age because he was surrounded by so many wonderful men in the community who stepped up to the plate.

The thing about dads is sometimes it's hard to know exactly what they do until they aren't there to do it anymore. Their value is almost an intangible thing because the moms are often the ones who read the bedtime stories and pack the lunches and kiss the skinned knees, but the world needs good dads and that can be so much more than just a biological figure. To me, the real heroes of Father's Day aren't just the dads who love their own families, but also pour themselves out in the life of kids who are in need of someone who realizes the importance of having your own steak knife at the dinner table. I watch the way Perry effortlessly knows how to love and equip and challenge Caroline to be the very best version of herself, to make sure she's ready to fly, and I am forever grateful to the men who showed up in Perry's life because they helped him become the man and father he is today and we wouldn't trade him for anything in the world.

Happy Father's Day to all the great dads out there who show up, love well, sacrifice much and teach us that real heroes don't necessarily wear capes. 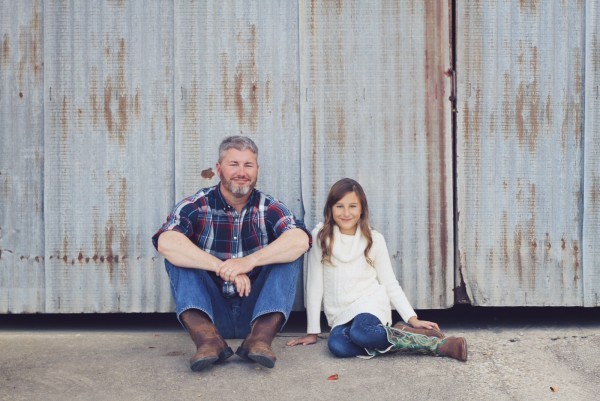 Melanie Shankle writes daily on her blog, Big Mama. She is a graduate of Texas A&M and loves writing, shopping at Target, checking to see what's on sale at Anthropologie, and trying to find the funny in every situation. She is a "New York Times" bestselling author. Her next book, "Church of the Small Things: The Million Little Pieces That Make Up a Life," is out October 3. Most of all, she loves being the mother of Caroline and the wife of her husband, Perry. They live in San Antonio, Texas. For more information, please visit www.melanieshankle.com.

Let's Admit It: 10 Things Dads Do Better Than Moms
How I Learned to Be a Better Mom from My Dad
Father's Day is different with a baby in heaven
advertisement

Let's Admit It: 10 Things Dads Do Better Than Moms
How I Learned to Be a Better Mom from My Dad
Father's Day is different with a baby in heaven